Why Take this Course

Web analytics is a necessity in digital marketing. Web analytics gives you data so you can make decisions in your digital marketing campaigns (SEO, SEM/PPC, social media, email, and so on) to increase your results. This three-part workshop series shows you how to install and use Google Analytics 3.0.

Google released a new version of analytics in October 2020, called Google Analytics 4.0. Although they called it an update, it’s a new form of analytics.

(Can’t attend a live workshop? No problem. All workshops are recorded, and we’ll send you the recording, workbook, and any supplementary materials within a day of completion after we’ve had time to edit the recording.

Module 2: Google Analytics 3.0—Know Your Visitors and How They Found Your Site.
Pre-recorded.

In this first workshop, we install and configure Google Analytics 3.0. We start with the tracking tags. We then look at how to set up and customize views, dashboards, automated reports, and alerts. Finally, we look at how to use filters to clean your data.

Module 2: Know Who Your Site Visitors Are and How They Found Your Site.

In this second workshop, we go through the first three major report sections of Google Analytics 3.0: Real-time, Audience, and Acquisition, menu by menu, so you can see how to find information.

We will cover the first three major sections of Google Analytics 3.0:

By knowing who your visitors are, you can make changes to your website to attract the audience you want. This also lets you know where to focus your marketing effort. For example, if your audience is arriving via search engines, then you can do more with search engines. Or, you can put your efforts there if they are coming via social media.

This helps in discussions over where to allocate staff and budget. Should the website be translated to French? Is there a market in Canada? Should your website be designed more for desktop users or only for mobile users? All of this, and many more questions, can be settled with analytics. Analytics gives you insights into your audience.

You’ll also see how to add segmentation in your analytics data. For example, you can separate and compare the traffic by desktop versus mobile users. This is easy to do and has a powerful impact in presenting your data.

In the third Google Analytics 3.0 workshop, we cover the last two major reports: Behavior and Conversions:

How to Convince Your Boss Why You Should Take this Class:

With objective data, you can manage staff, agencies, or contractors. Your teams can create and manage digital marketing that reaches your business goals.

Google Analytics shows you what works or doesn’t work. Use data (not guesswork, tradition, or opinions) to make marketing decisions.

Who is the course for? 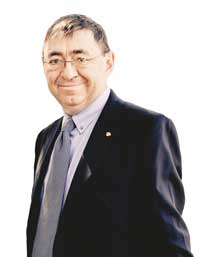 Although I am not an Admin, this course has given me the tools to have a better conversation with my admin about the analytics that I need to be more successful in my role. For instance, providing a Dashboard vs Raw data.

I’ve built 30+ websites and I was amazed how much I’ve trusted developer partners to complete. Now, after just the course, I know what to check for and how to do the fix or request the fix. Thank you!

Very in-depth info that gives the user a chance to dive into Google Analytics with confidence.

This workshop has a good variety of information. Several features were covered along with a downloadable PDF of the presentation and recording to reference back to. I recommend this workshop if you are looking to dive into Google Analytics.